If you haven’t been already, the Grand Canyon is hands down one of the most magical places in Arizona. Sadie and Dylan decided to do a Grand Canyon Elopement after 2020 had thrown all sorts of twists and turns into their original wedding plans. Like many couples, they battled with the decision of postponing, eloping, or even doing both!

The couple had hoped to do their intimate ceremony somewhere that was special to them. Plan B from their original wedding plans was to elope at Monument Valley. But due to covid-19 restrictions, we had to switch things up again for a Plan C (or maybe d, e, f?). Because both Sadie and Dylan love to adventure and hike, the Grand Canyon was their next option. We were in luck! It was open and still allowing visitors.

I was hoping to help make it a truly unique and exciting experience for the couple after all the changes, so I had recommended Under Canvas Grand Canyon as a place to stay. Sadie LOVED it at first sight. Which I mean, who wouldn’t?! Glamping just a short drive away from the Grand Canyon? Sounds like a pretty epic way to start off your elopement weekend. If there’s anything you should know about Sadie and Dylan, it’s that they are always up for an adventure. Sadie called me on the drive up and let me know they were able to snag some time for a few photos at the old Flintstones Park. It literally looks like Bedrock out in the middle of no where on the way to the Grand Canyon.

After shooting some epic dino photos, getting to hold a hawk, and a short hike – we were cliffside at the Grand Canyon to do the damn thing. Get married! The wind was wild, the temperature perfect, and views for days. The ceremony was short and sweet but just as meaningful as it needed to be. 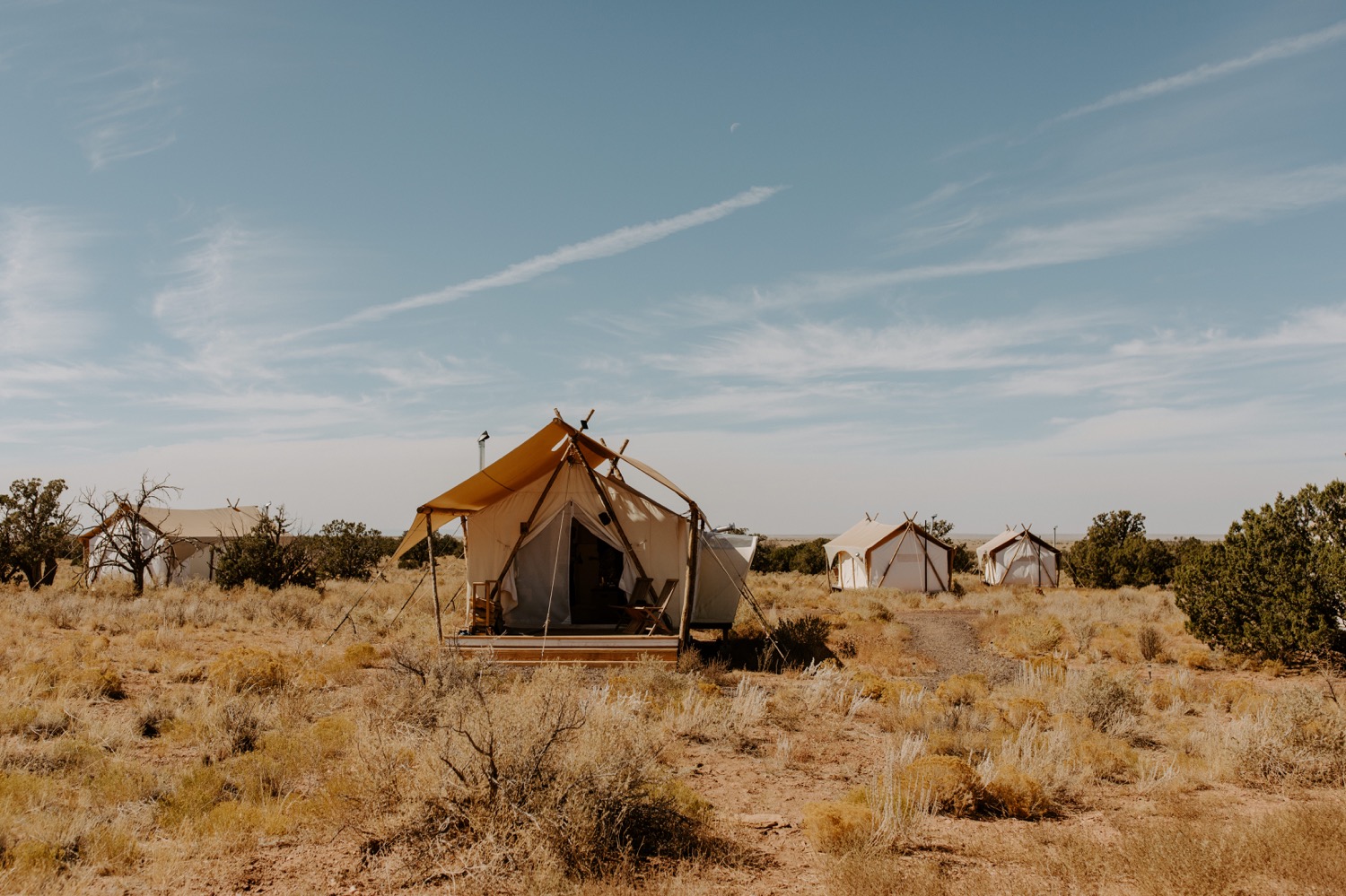 Check out some more epic places to get married in Arizona here!

This site uses Akismet to reduce spam. Learn how your comment data is processed.